Telecom companies like AT&T love creating new fees to tack on customer bills, and they really love raising those fees after customers sign contracts that are supposed to lock in a consistent price.

It's a win-win for the company, but not the customer: AT&T gets to advertise a lower price than it actually charges and has a mechanism for raising customer bills whenever it wants to. Customers who are angry enough to cancel service would have to pay early termination fees.

This story about AT&T thus isn't likely to surprise anyone, but it's possible you haven't heard about the particular fee we've been looking into this week. AT&T has been charging business Internet customers a "property tax" fee, claiming it needs to charge this to recover AT&T's own property taxes. AT&T has been charging the fee for at least a couple of years and just hit customers in California with an increase that more doubled the fee.

Scott Phillips, owner of a small business called Valley View Media in Santa Clarita, California, signed up for AT&T fiber Internet service and a block of static IP addresses, agreeing to an all-in price of $95 a month. His order summary, which he shared with us, specifically says that the $95 ongoing monthly price includes taxes and fees. The document makes no mention of property taxes.

But when Phillips got his first bill on July 1, which he also shared with Ars, it contained this notice:

Effective October 1, 2019, there will be an increase in the AT&T Cost Assessment Charge used to recover AT&T property taxes. The monthly rate will change from 2.92% to 7.00% of your total AT&T Business Internet, Phone and/or U-verse TV monthly charges. This charge is not a tax or fee that the government requires AT&T to collect from its customers.

That first bill included exactly $95 in recurring charges, consisting of $60 for 100Mbps download Internet and $35 for the static IP addresses, just as AT&T promised. (There was also a one-time installation fee of $99.) While the property-tax fee notice on that first bill suggested he was already paying a 2.92% charge on top of the $95, the first few bills didn't actually include a separate property-tax fee.

But when Phillips' October bill came, AT&T imposed the 7% property-tax fee, adding $6.65 to the $95 base price. The actual billing increase was thus for the full 7%, not just for the difference between 2.92% and 7%.

"Don't you wish you could pass on the cost of your property taxes to your clients?" Phillips asked rhetorically. "I sure wish I could. But we both know that's really not ethical."

Phillips had switched from Charter Spectrum Internet to AT&T after a price dispute. He said that Charter started offering much lower prices to new customers, charging $50 less for the same service, but the company refused Phillips' request for a similar discount. Phillips told us that ditching AT&T to go back to Charter now would result in a $225 early termination fee, consisting of $25 for each month left in his deal.

"What gets me the most about paying AT&T's CAC [Cost Assessment Charge] is that it's basically paying their taxes for them and they are so blatant about it, like 'What are you gonna do about it, huh?' They know they have a stronghold on the market in our area," Phillips said.

Phillips' order summary links to AT&T's Internet terms of service, but the specific page it links to makes no mention of property taxes. From there, you have to follow two more links to get to the AT&T Internet Business Fee Schedule, which lists the property-tax charge. The document says that as of October 1, the charge varies between 2.76% and 7% depending on the state, and it's not applied in all states or to certain customers.

“I pay my own property tax”

AT&T has been charging the property-tax fee to business customers since at least mid-2017. An AT&T business DSL customer in Oklahoma complained about it on Reddit at the time, saying the then-new fee was 1.08% of the monthly bill.

In January 2019, an AT&T customer complained in a DSLReports forum that the property-tax fee was raised from 2% to 6.69%. "So I gotta ask—did their 'property taxes' increase by 335%?" the customer wrote, noting the greater-than-three-fold increase.

Most companies would consider property taxes one of the costs of doing business, and they'd simply factor the taxes into their advertised prices instead of deceiving customers by listing one price in an order and then charging a higher one. At the risk of giving AT&T's billing department more ideas, why stop at property taxes? Why not charge customers separate fees for AT&T's water and electricity bills, too?

"I pay my own property tax, don't want to pay theirs!" one customer wrote in an AT&T support forum in July 2017. "Can a doctor add a property tax to their bill for services, or a bank? Why not just raise the rates if it is part of their business?"

Aside from the property-tax fee, Phillips' cost could go up a lot after his one-year contract is up. His order form said the $95 monthly price is a promotional rate after a $140 discount. The form indicated that his Internet service would normally cost $200 a month instead of $60, not including the $35 charge for static IP addresses. 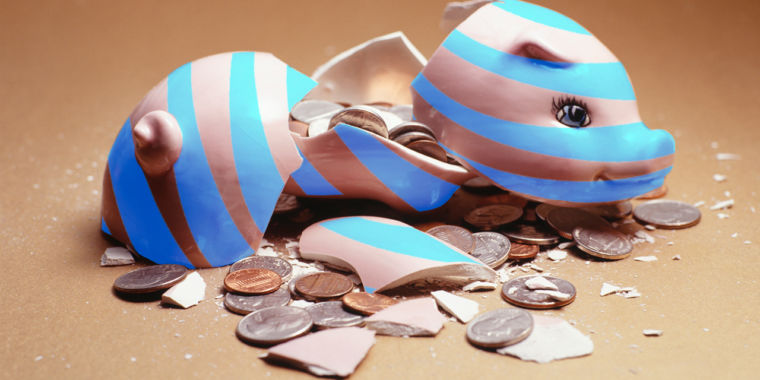 We asked AT&T why it passes its property tax bill onto customers in the form of a separate fee that's not included in its advertised prices, and we didn't get a straight answer. We also asked AT&T specific questions about when the fees were first implemented, which states they're charged in, and why they were raised significantly this year. Instead of answering those questions directly, AT&T gave us a vague statement and offered a couple of other tidbits.

Like others in the industry, we regularly evaluate and adjust our prices based on the costs to deliver our services, as well as costs associated with government and regulatory mandates. We communicated these changes to our customers and will continue to work with them to best meet their needs.

The recent change in the fee "went into effect on Oct. 1 and Oct. 3 for some AT&T Business Internet, Phone U-verse TV, Ethernet and/or Local Voice customers," AT&T also said.

"Similar to other telecom companies, the CAC helps to recover property tax costs and local number portability costs," AT&T continued. "Because the CAC is calculated based on state-specific factors, some customers saw their CAC decrease while rates in other states increased."

That's everything AT&T was willing to tell us. While AT&T's spokesperson said the Read More – Source