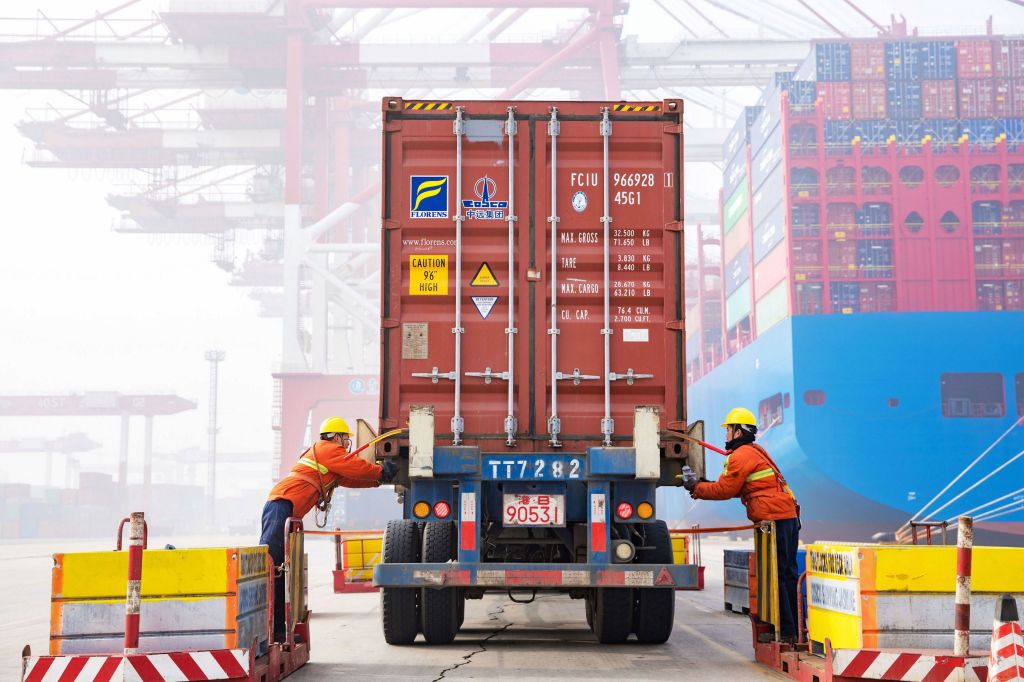 Read more: China hits back after US labels rival a currency manipulator

Official data showed Chinese exports benefited from a falling renminbi and rose 3.3 per cent in July year on year, far exceeding analysts expectations of a fall of two per cent.

Imports also fell by significantly less than expected, dropping by 0.4 per cent as opposed to the 1.7 per cent analysts had foreseen. The data suggests Chinas economy is holding up in the face of a tariff onslaught from the US.

The figures have acted as a boon to European markets this morning. The pan-European Euronext 100 rose one per cent, Frances CAC 40 also climbed one per cent, while Germanys Dax rose 0.7 per cent.

Britains FTSE 100 climbed by 0.2 per cent. It has consistently lagged behind European stock markets in recent days.

“Consumer stocks are the biggest fallers in the FTSE 100 as consumer confidence remains weak as the chatter of a no-deal Brexit has increased recently,” said David Madden at CMC Markets.

He said there is also pressure on the British banking sector “as the perception is that lenders will find it more difficult to make money in the lower interest rate environment”.

Investors were also cheered by signs that China is holding its currency the renminbi steady, averting a currency war with the US.

Following Trumps announcement of 10 per cent tariffs on $300bn of goods from China last week, the renminbi has tumbled to the seven-per-dollar level not seen since the financial crisis. It now stands at 7.044 yuan (the unit of the currency) to the dollar.

While the positive trade data from China has lightened investors mood, there aRead More

Decision day guide: Fed has a tricky inflation issue to navigate May 2, 2018

ICICI Pru Life’s Manish Kumar is bullish on this underrated sector December 19, 2017
Previous Post Sterling to tumble further as no-deal Brexit worries intensify
Next Post Australia’s county sojourn could be one of the last of its kind