But the decision by authorities in Switzerland to cancel the event — part of a ban on large gatherings aimed at containing the virus — underlines the fading relevance of what had been key events on the annual schedule of automakers, motoring journalists, lobbyists and car lovers.

Instead of hobnobbing in massive halls with thousands of potential clients, carmakers are joining just about every other part of the economy and going digital.

BMW, Hyundai, Volkswagen and Daimler said theyd take their presentations online. If those efforts get clicks, it could deflate future car shows — with carmakers previously paying upward of €1 million for glitzy stands and prominent spots.

“This is a case of force majeure and a tremendous loss for the manufacturers who have invested massively in their presence in Geneva,” said Maurice Turrettini, chairman of the foundation board that runs the Geneva show.

Those traditional auto shows have been hit by dwindling interest.

Ferdinand Dudenhöffer, a professor at the Institute for Customer Insight at St. Gallen University, estimates carmakers paid a total of €100 million to take part in the show — money that wont be refunded.

“There is a great danger that the short-term cancellation … will now completely cut the thread,” said Dudenhöffer.

In an effort to stay relevant, the Geneva International Motor Show organizers livestreamed the presentation of their Car of the Year award on Monday afternoon. That gong went to the Peugeot 208, even though the French automaker wasnt signed up to show its wares at the physical show.

The European car calendar is dominated by two events — Geneva in the spring and a bigger September bash that alternates between Paris and, until now, Frankfurt. 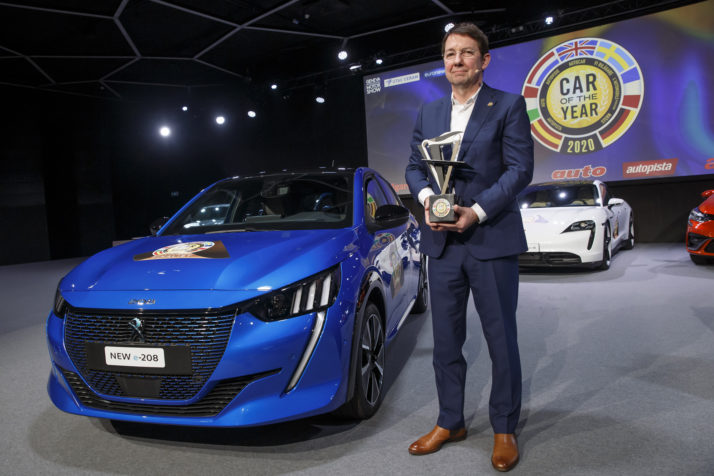 But those traditional shows have been hit by dwindling interest. In 2015, the Frankfurt show saw 930,000 people visit. In 2017 that was down to 810,000, and last September it was down to just 550,000, with some big carmaking names dropping out. That prompted Germanys auto lobby group, the Association of the Automotive Industry (VDA), to look at Berlin, Munich and Hamburg for the 2021 event.

The Geneva show had been filled with growing numbers of catering stands, vintage cars and car parts-makers as mainstream automaker presentations began to thin out. This time around some 14 major automakers — among them big beasts such as Jaguar, Nissan, Volvo and Opel — were not registered to showcase their vehicles.

But it isnt only about visitor numbers. Such shows also provide a chance for industry associations to convene their summits with auto industry executives on the sidelines.

At this years summit in Geneva, the Brussels-based European Automobile Manufacturers Association (ACEA) was planning to link up executives for a wide-ranging board meeting that would include, for example, getting an industry line on EU proposals to review vehicle CO2 emission reductions.

The coronavirus cancellation means they will do it by conference call instead, auto bosses said.

Although carmakers are hoping that shifting online will alloRead More – Source

NHS toolkit to speed up diagnosis of MS and Parkinson’s August 16, 2019

The Vast of Night is an alien encounter film like no other October 27, 2019

Air pollution costs China $1.9 billion in solar electricity each year July 10, 2019
Thanks to SpaceX, NASA regains a capability it lost for a decade December 6, 2021