What keeps Slovaks from the ballot boxes?

At the last European election five years ago, Slovakia trailed every other country on voter turnout, with only 13 percent casting ballots. As a Slovak whos spent many years abroad, I wanted to find out why, and traveled home this month to speak to voters across the country.

What I found is theres no easy answer. While no one I spoke to wanted to see a repeat of 2014, they agreed on little else. Some eagerly embrace voting in the parliamentary elections as a civic responsibility and a tool for securing their childrens future. Others deride it as a useless gesture, claiming Slovakia is ignored by larger and more powerful nations and is hopelessly mired in corruption.

My longtime friends in Bratislava, Igor, 42, and Martin, 41, promote the importance of voting in the parliamentary elections with a zeal that reminds me of my own enthusiasm when I voted for the first time in the early 1990s. They vigorously recruit people to vote and are even running for office themselves.

But my own family rejects this view. My older brother Peter insists the EU was a good idea that has emphatically failed. In his view, Western nations look down on Eastern Europe and impose rules that disproportionately benefit only them. Years ago, he voted in European elections. Now he no longer bothers. My mother, Olga, says she believes “it would be a pity to dismantle” the EU, but also plans to stay on the sidelines on election day.

Both see a generational divide in support for the EU. Young people with no experience under socialism tend to support it, while the older generation counters that the economy — which keeps wages and pensions for Slovaks below EU average and forces people to leave home to find well-paying jobs — was better off before Slovakias accession.

The murder of investigative journalist Ján Kuciak and his fiancée last year is on many peoples minds, but they interpret it differently. Some believe it instilled new energy into Slovak politics and will motivate more people to vote than in the past. Others claim it proves that real change is unattainable and voting is futile. 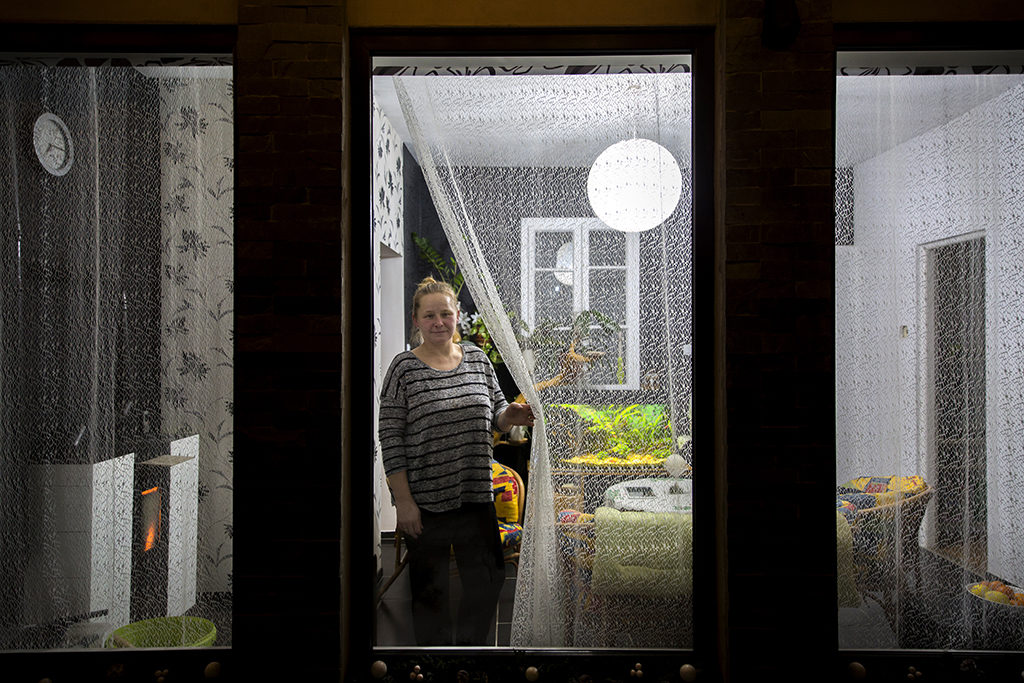 Martina Molavcová, 44, a grocery clerk from Dubnica nad Vahom, says the promise of the EU was strong, but the reality has fallen short. “They vowed that the minimum wage would be €8 an hour, but now in Slovakia, its less than €3,” she says. Shes concerned that the EU looks down on Eastern Europeans and burdens them with regulations that make Slovakia less self-sufficient than in the past. She has never voted in a European election and has no plans to vote this year. | All photographs by Gabriela Bulisova for POLITICO 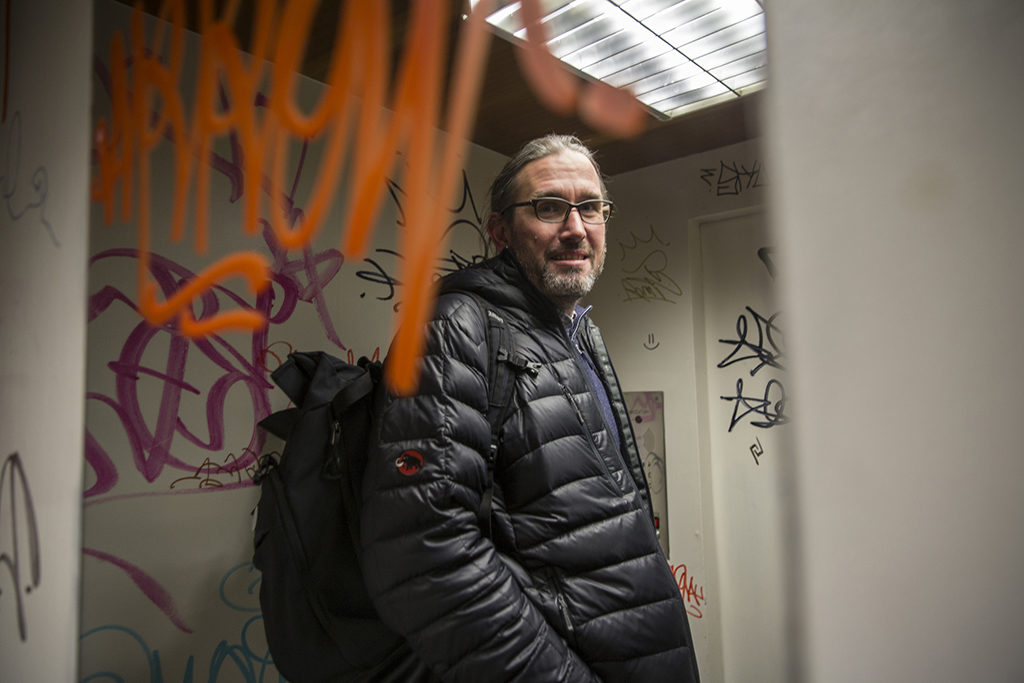 Martin Hojsík, 41, of Bratislava, understands Euroskepticism because, “for so many elections, there was no one to vote for.” Finally, he realized that “unless we take responsibility, no one else will do it,” and he announced his candidacy for the European Parliament as a member of the Progressive Slovakia party. He believes the tragic murder of journalist Ján Kuciak and his fiancée has brought a sense of urgency back to Slovak politics. Now, Hojsik says, a positive platform for the future will motivate more people not only to vote, but to actively participate in politics. 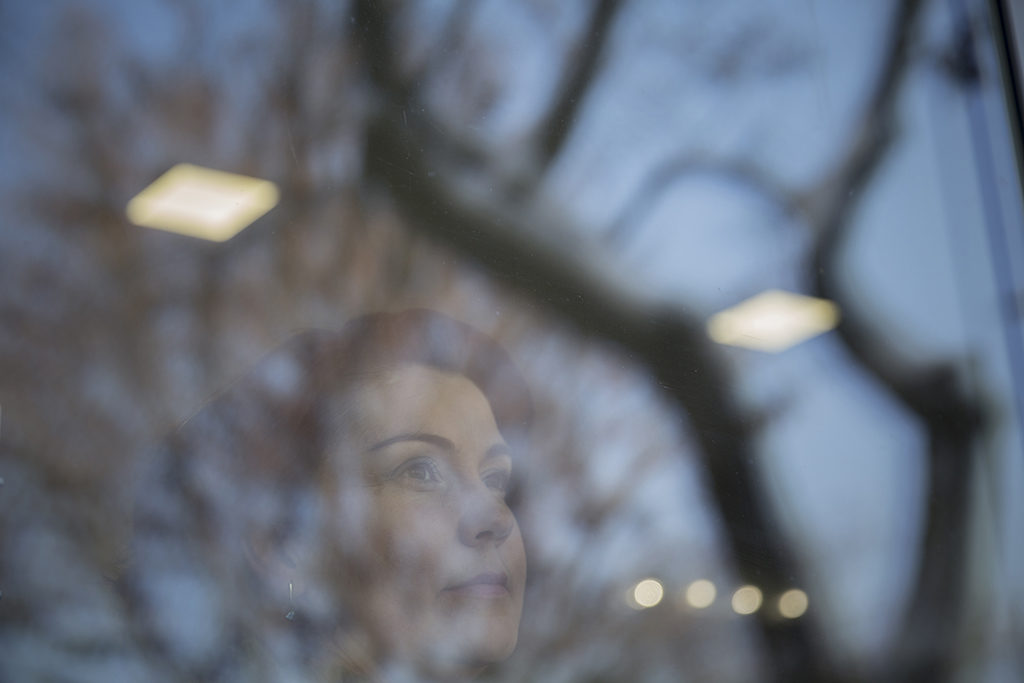 Aniko Szundi, 44, of Sturovo says she believes Slovak political parties send politicians to the European Parliament when they dont have any job opportunities left in Slovakia. And since its their last chance to stay in office, she claims, theyre not motivated to change anything. “National politics are hopelessly divided, so its better to be involved in local politics where more can be accomplished,” she says. She didnt vote in 2014 and doesnt plan to do so this year. 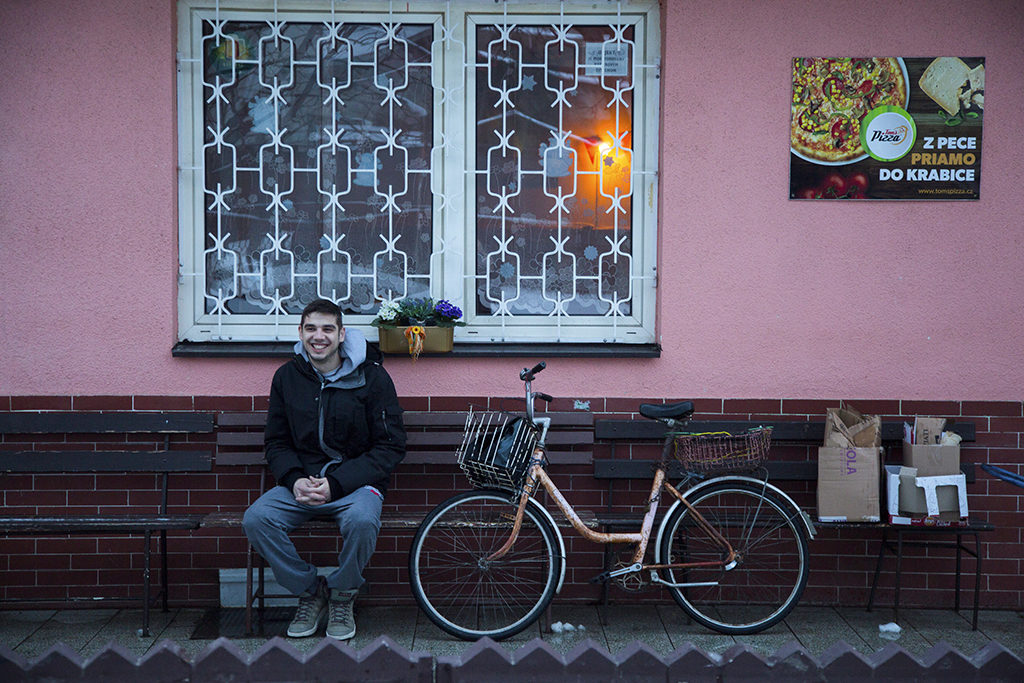 Kevin Baláž, 21, was too young to vote in the last European election, but he is eagerly anticipating voting in May, along with his girlfriend and his close friends. He believes its essential for Slovakia to be an active player in the EU, and voting in the upcoming election in his home village of Chlaba is an important step that he will be proud to take, he says. 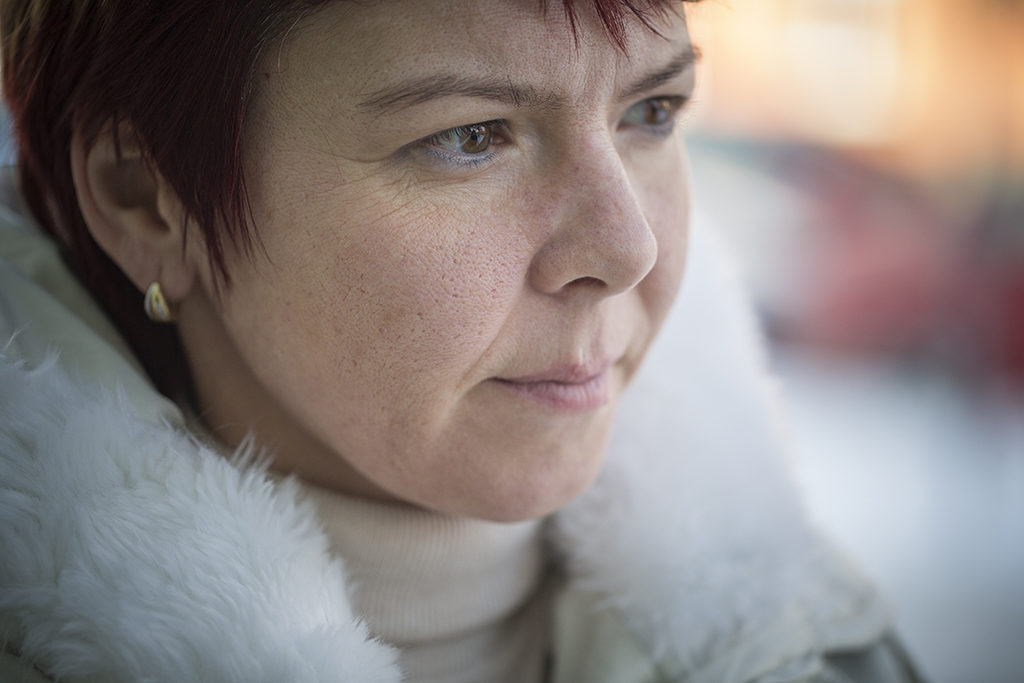 Nikoleta Lorinczová, 42, of Svodin always votes in European elections because, she says, “we need many changes in our country, in the environment, education, agriculture, and the economy.” A teacher for more than 17 years, she believes Slovakia used to have a wonderful education system, but destroyed it by trying to emulate the Western one. Voting is essential, she says, to bring about the changes the younger generation desperately needs. “If I dont go, its one more vote for no.” 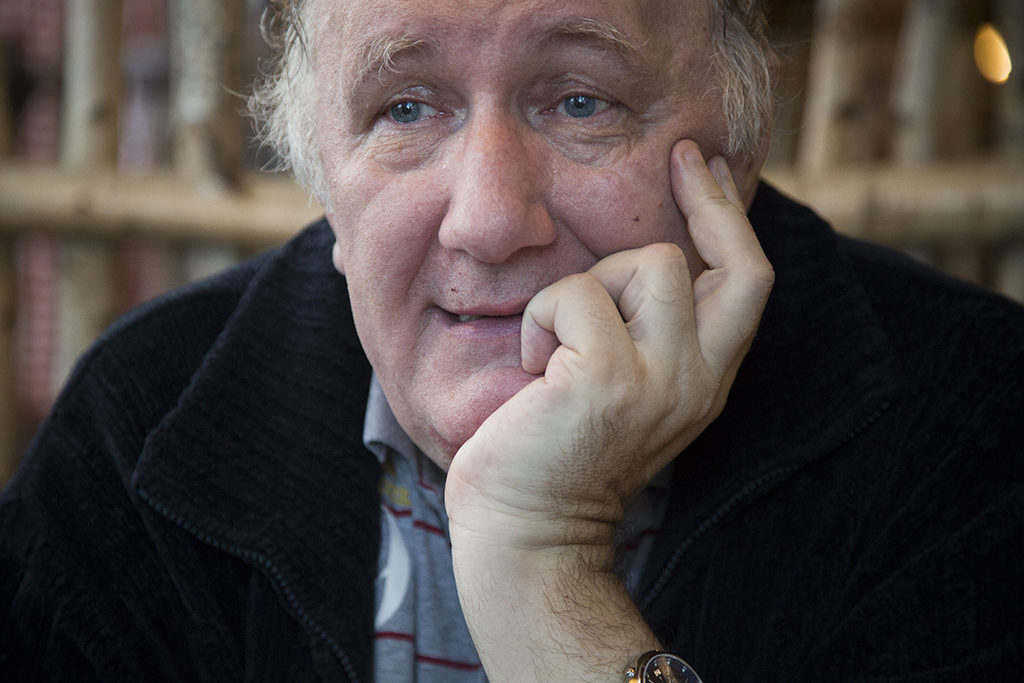 “Do you want to know the reason for the low rate of voting?” asks Igor Gramblička, 62, a retired IT specialist in Bratislava. “The reason is that people see where its going. Since 1989, every single election has made things worse and has degraded the country.” Gramblicka personally knew Ján Kuciak, but believes protests in the wake of the murder have been ineffective. “What has changed? [Former Slovak Prime Minister Robert] Fico left his position, but he didnt leave power, and corruption is still rampant.” Germany and France control the EU, Gramblička claims, meaning Slovakias voice doesnt matter. He didnt vote in 2014 and plans to stay home again this year. 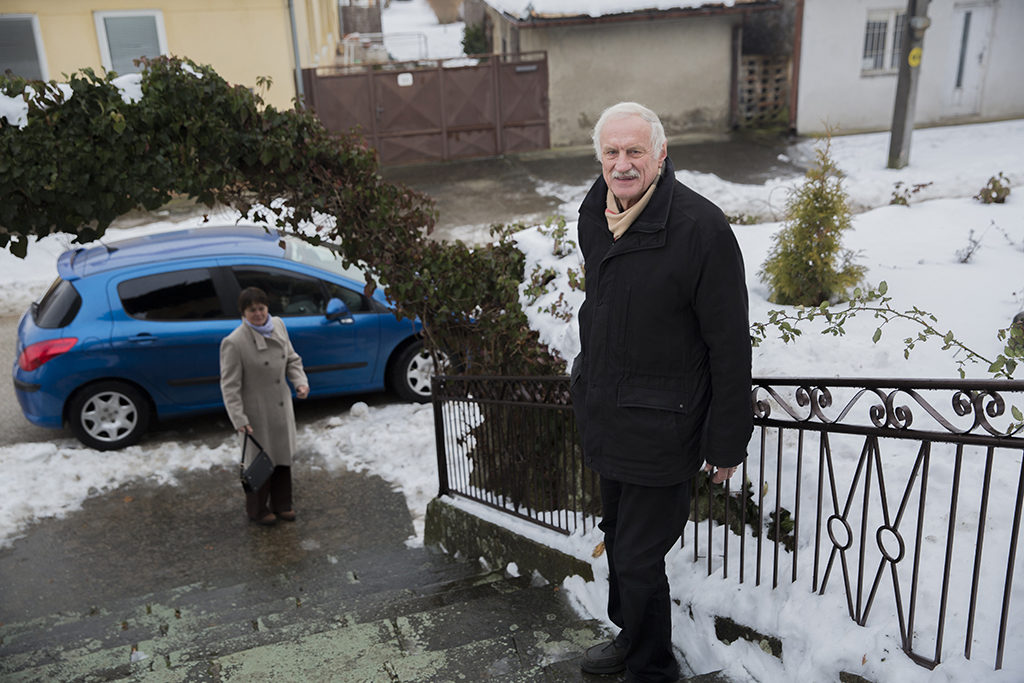 Jan Macsai, 70, a longtime resident of the border village of Chlaba, plans to vote in May in part because he wants the Hungarian minority in Slovakia to be fully represented in Brussels. Hes convinced that the low turnout in previous elections was due to inadequate information and tepid campaigning. Now, he says, “Some are apathetic, but others will vote to help make a change.” He predicts that voting will increase this year. “It wont be 50 percent, but it will be higher than [in] 2014.” 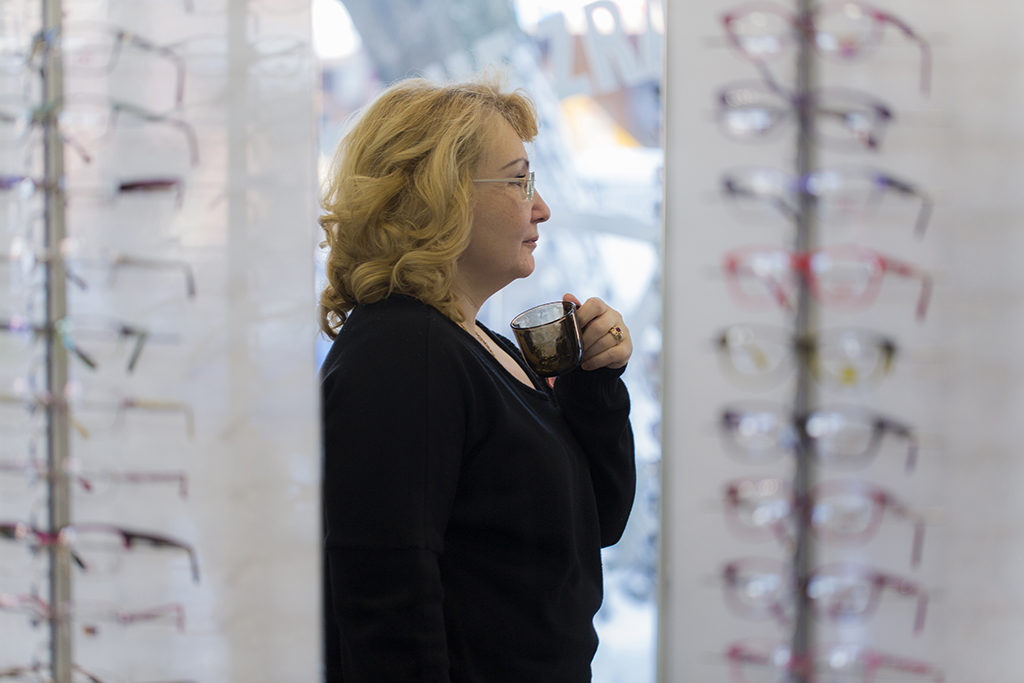 Friderika Bajcsyová, 47, from the village of Lela, was reminded by her daughter that she voted in the 2014 election. At that time, Bajcsyová was in the hospital in Bratislava, where students led a campaign on the importance of voting. Now, she says, she plans to vote because the EU is providing funding for projects that Slovakia couldnt afford on its own, and she doesnt want that to be taken for granted. Her daughter says she will vote for the same reason. 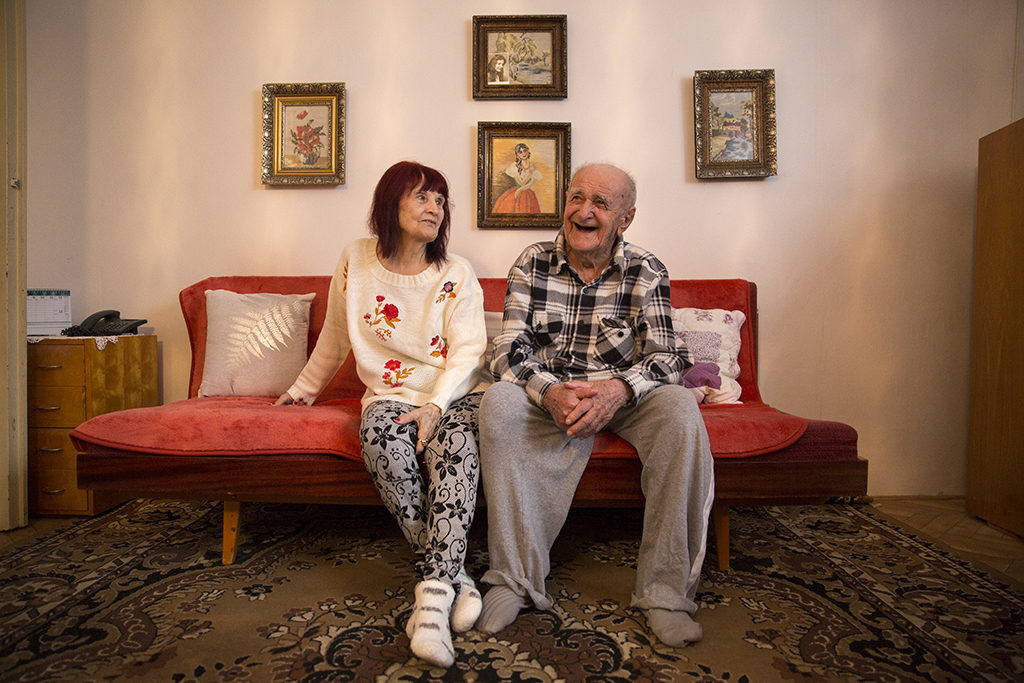 Pavol, 93, and Ludmila Firický, 83, retirees in the southern spa town of Sturovo, didnt vote in the European election in 2014, primarily because of economic concerns. After a meager increase of €8.40 in his monthly pension, Pavol “had to buy a bigger wallet to carry all the extra money around,” he jokes. Ludmila is concerned that identically packaged consumer products are higher quaRead More – Source

The greenwashing of Theresa May February 5, 2018

Fishermen and wind farms struggle to share the sea January 1, 2018

Klitos Papastylianou December 18, 2017
Previous Post Irelands feminist revolution
Next Post Way to an Italian populists heart is through his stomach