Not only IPOs, 2017 was blockbuster for QIPs too; SBI issue biggest ever

NEW DELHI: The year 2017 has been an unprecedented year for the IPO market, as a massive Rs 70,000 crore was raised through 122 issues.

However, it was not only the IPO mart that garnered such traction. Data shows fund-raising via QIPs (qualified institutional placement) also hit an all-time high of Rs 40,700 crore via 28 issuances so far this year.

This number has surpassed the previous year's Rs 13,400 crore, and is the highest till date, beating the earlier peak of Rs 39,300 crore in FY10, says Motilal Oswal in its report.

QIP is one of the fund-raising routes for listed companies.

According to Investopedia, Securities and Exchange Board of India (Sebi) allows an Indian-listed company to raise capital from the domestic market without the need to submit any pre-issue filings to market regulators. Sebi instituted the guidelines for this relatively new Indian financing avenue on May 8, 2006.

The year also witnessed the biggest QIP issue in the history of Indian market of SBI with an issue size of Rs 15,000 crore. 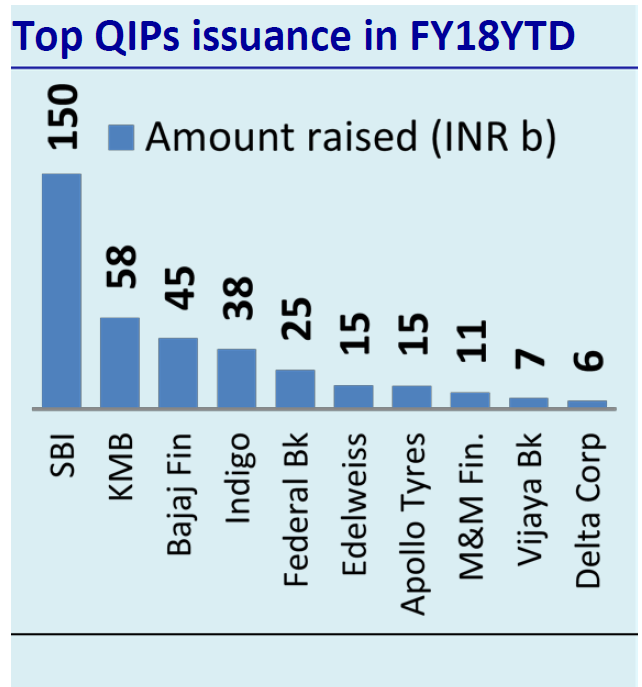 The post Not only IPOs, 2017 was blockbuster for QIPs too; SBI issue biggest ever appeared first on News Wire Now.

Bridgewater’s Dalio says conflict gauge is highest since WW II December 16, 2018
Why Travel Companies Are No More Than Destination Managers, a Report by Accenture May 21, 2018

3 sectors where you can take advantage of correction to make money: Nilesh Shah, Envision Capital February 7, 2018

Use the correction in mid, small-cap space to pick good stocks: Gaurav Mehta May 17, 2018